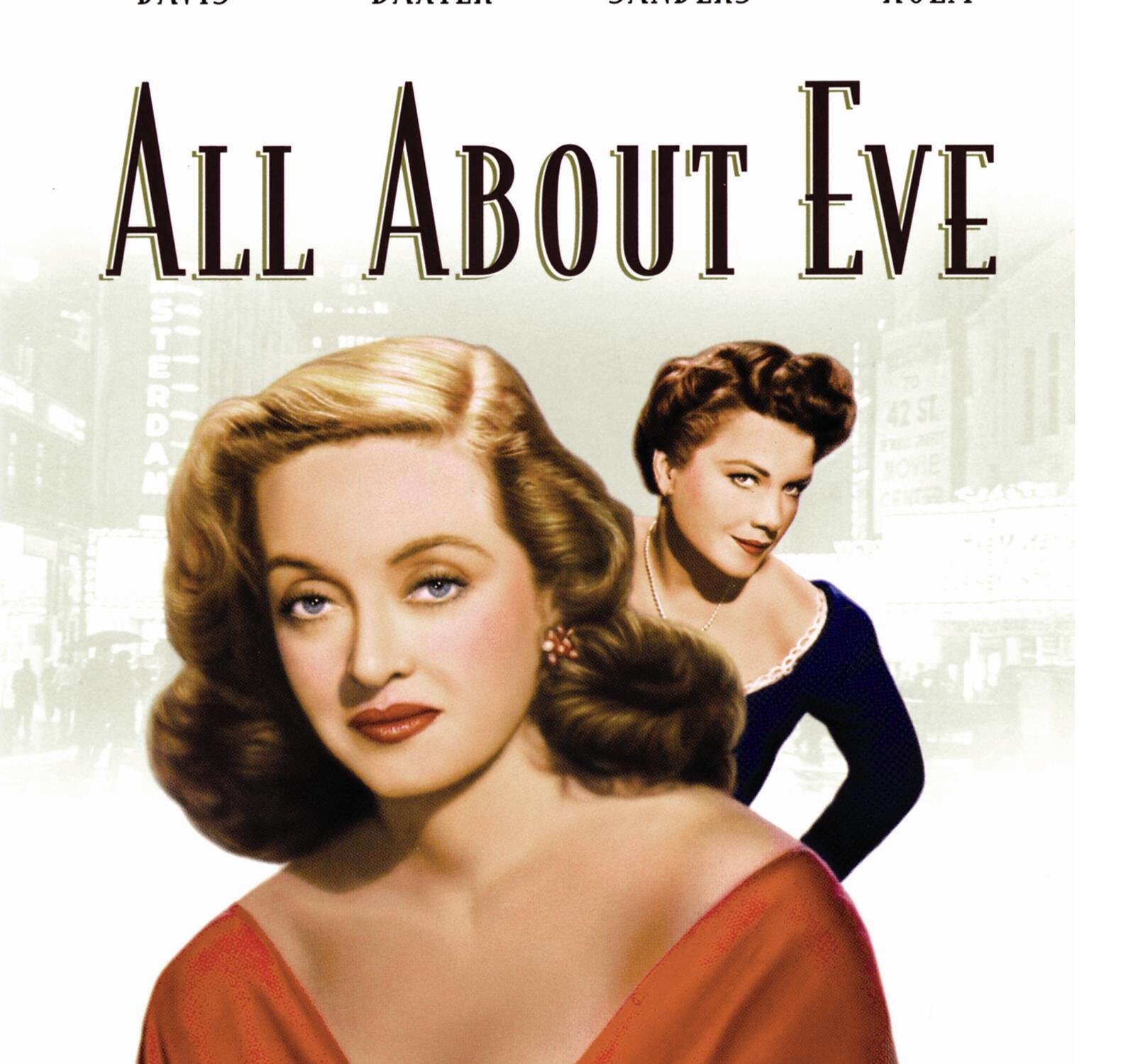 Margo: Nice speech, Eve. But I wouldn’t worry too much about your heart. You can always put that award where your heart ought to be.

F: Best thing about this list is watching films with no expectation or knowledge about them beforehand and ending up finding a little gem. I really enjoyed this!

R: Me too. It’s a really smart story that toys with the audience’s allegiances while being properly funny at times. I like that now I can’t really tell you at what point in the film I went from somewhat rooting for Eve to being repulsed by her ambition. It feels very plausible and true to life the way your opinion of the characters evolves over time, doesn’t it?

F: Throughout there is an undercurrent about Eve that she isn’t all she says to be, but I agree you are definitely rooting for her at the beginning. We’re taken in with her as Margo is and we feel Margo’s frustration as she realises what’s happening. Thelma Ritter (last seen helping out James Stewart in Rear Window) sees right through her though!

R: Yes the brilliant opening (which is also the start of the ending) tells us from the get-go that Eve’s made some enemies on her way to the top! But alongside a plot that keeps you guessing it’s the performances that have put this film so far up the list I think. Ritter’s just as brilliantly watchable here as she is in Rear Window, and one of the few ways it’s possible to imagine the film could be improved is if there was more of her in it. But Bette Davis as Margo has got to be the stand out, and I’d guess will be a serious contender for best performance on the list. She weaves comedy and tragedy really skilfully here.

F: Completely agree. In my head this is how Bette Davis was in real life but have no evidence to back that up. It’s the little looks which she does in this film which make it. I looked forward to every time she came on screen.

R: It helps she has such a strong script to work with. There’s a wit to the dialogue that helps the film really feel alive, and it’s all the more remarkable when you think about how many scenes consist of people just sitting around talking to each other. The film has no right to be as gripping as it is.

F: Agreed. I always think that fame and the idea of wanting to be famous make a great basis for a story. Is there anything you didn’t like about this?

R: Can’t really think of anything! You?

F: I didn’t really like the resolution of Eve’s character, especially the scene with George Sanders’, Addison DeWitt. It felt very old fashioned, in a film that overall portrayed its male characters as secondary figure to the women (and they were ok with that!). But it is important to remember this was made in 1950.

R: That’s fair, although you could argue that’s part of Eve getting her comeuppance? For me the bigger point – and perhaps one of the reasons this film is quite so enjoyable – is that in 2018 it’s still a novelty to see a female-led story like this, and in the context of this list even more so. As the French say: plus ça change, plus c’est la même chose!