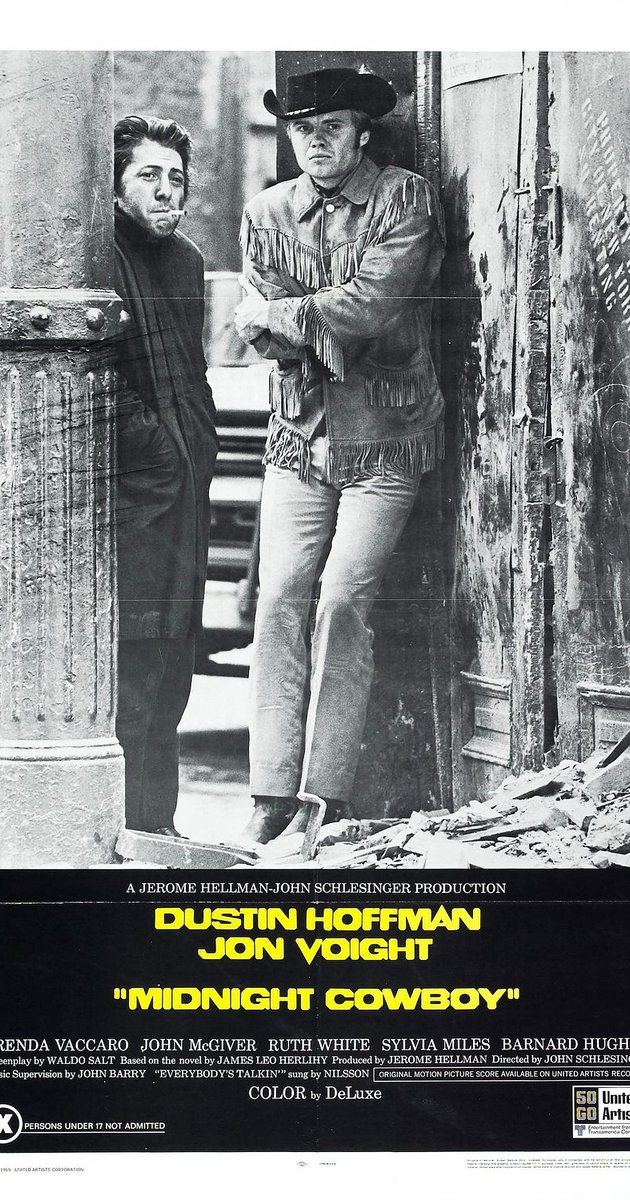 R: Once, a couple of years ago.

R: This film is all over the place: it mixes humour, horror and tragedy, yet still feels like a totally coherent singular work, despite all its tonal shifts. To begin with I wasn’t hugely excited about watching it again, but my opinion of it has improved considerably after watching it this second time.

R: Ha! I’d say this combines elements from those three (excellent) films to create something unique and arguably more interesting than any of them. You might not have enjoyed it, but surely you can understand on some level how it could appeal? Joe Buck is a brilliant character, established with masterful efficiency; all of the performances are phenomenal; and the way the story is filmed gives it an unrivalled sense of time and place. I wonder: is it just a bit too grim for you?

F: No it’s too weird for me. And its 60s setting is one of the real problems I have with it. It just looks so dated – especially the party scene. I see no other purpose for that scene except to allow Andy Warhol’s friends to have cameos. Surely Ratso and Joe would never be invited to that sort of party?

R: From my understanding of 60s happenings, Joe is exactly the sort of person that would be invited to a party like that! You are being outrageously harsh – it’s a scene that has so many purposes besides offering cameos. It really helps bring out the 60s setting, but more importantly is a key element of the plot. It’s through the connection Joe makes there that he is able to afford the trip to Florida. In script speak, it’s the inciting incident that takes us into the conclusion of the film!

F: That’s true but another issue I have is that I don’t think Joe and Ratso should have ever made it to Florida. It was a pipe dream and I think would have been more powerful if they’d been stuck in that grim place, daydreaming of what might have been. I do think the performances are the best thing about this. Both Dustin Hoffman and Jon Voight really embody these characters and make them believable people.

R: You’re basically suggesting the film shouldn’t have a final act? I really like the ending, and really can’t understand why you think getting a cheap coach from new York to Florida is an unrealistic turn of events. The ending you describe would be totally unsatisfying; what would the point of the film be? But I can at least agree with you that the performances are strong – Voight particularly.

F: I think it feels like the ‘Hollywood ending’ rather than a realistic ending. What do you think of the music? I really like the use of ‘Everybody’s talkin’ in this.

R: It works so well that it’s impossible for me to hear to the song now without thinking of the film and Joe’s comedic naivety. Speaking of which – did you not even enjoy his dumb stud routine?

F: As I said, I think the performances in this are standout and I do enjoy the characters. It’s the story, with the weird flashback sequences, that I don’t enjoy.