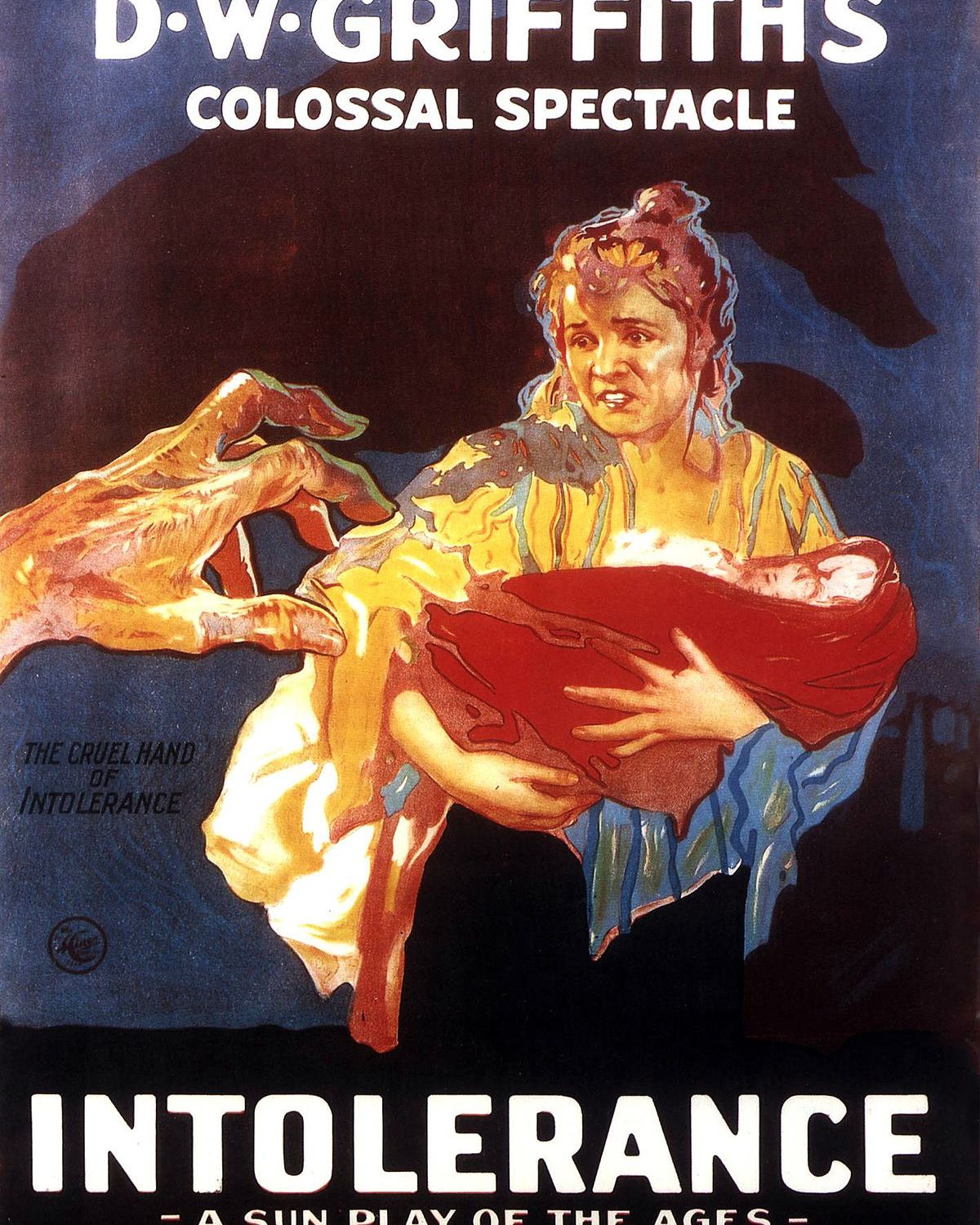 The Mountain Girl: You lice! You rats! You refuse me? There is no gentler dove in all Babylon than I.

F: No and the thought of a three hour silent epic was not appealing.

R: This is the oldest film on the list, and I think safe to say the oldest feature film you or I have ever seen. It’s absurdly ambitious – telling four stories over more than 2,000 years – and I think it suffers for that because it takes such a very long time for the plot(s) to get going. But by the end I was pretty wrapped up in what was happening, and some of the spectacle along the way is still mightily impressive, even to these jaded 21st century eyes.

F: I found the four stories too much and would like to have cut them down by half. I was involved with the modern day story and the Babylon story but definitely could have done without the Biblical story or the one set in France. The latter were the least developed and I’m not really sure why they were there. I think the message of intolerance through the ages would have come through fine with just the two stories.

R: Agreed, and it’s interesting that a year after this came out, they released standalone films of those two stories you preferred, seemingly in a desperate bid to recoup the studio’s costs (source). Although without the multi-threaded story you wouldn’t get the mini-cliffhangers as the film switches between the different plots. Did you think that was an effective way of ramping up the tension?

F: Yeah I did but it was hard to keep track and I imagine audiences in 1916 were even more confused! I still think just cutting between two stories would have been as effective.

R: I feel like at the end it works really well but totally agree at the start it’s a bit dizzying.

F: The sheer scale of the film is impressive though. Especially those sets for the Babylon era!

R: The size of the set and the number of extras make this truly epic. And the battles do look mostly quite convincing – probably helped a little by being in black and white instead of colour. There were certainly large stretches where I was asking myself, “how did they do this?

F: I think money is the answer! Although those cameras would have been heavy so to get the shots from above would have taken some lifting power. I did quite like how each story had its own colour tinge – one was slightly blue, another slightly pink. Helps to distinguish between the stories at a glance too. Did you have a favourite character in the stories?

R: The Mountain Girl definitely has the most sass, but I’d also put The Dear One up there. I think Mae Marsh can take a lot of the credit for making the modern story the most compelling. Her performance was the standout for me.

F: The Mountain Girl was still the most fun for me. Without her the Babylon story probably would have dragged as well.

F: Do you think maybe this film was too serious for 1916? I would have thought audiences would have wanted a real escapism from the War and it’s probably a reason it didn’t do so well.

R: There’s probably some truth in that, although I don’t think it’s impossible for a serious film to do well in serious times. The Birth of a Nation (D. W. Griffith’s previous film, notorious for depicting the Ku Klux Klan in a positive light) came out in 1915 and did well at the box office. The main problem I think is how self-indulgent this sometimes feels. You get the impression D. W. Griffith didn’t have many people around him that were willing or able to challenge his vision for the film. No-one reined him in.

F: I think that’s fair. I don’t really know how important editors were in the early days of cinema but could certainly have done with someone here cutting out all the filler. I am glad I saw this film – never would have done if we weren’t doing this list! – but it certainly feels something more to be admired than enjoyed. It was very ambitious but very long.

R: It’s obviously a very important and influential film, but it is very slow to get going and doesn’t need to be as long as it is. It’s a no from me.

F: Similar thoughts from me. I’m glad I’ve seen it but I think Sunrise is a better example of a silent movie and deserves it’s place in the list over this.