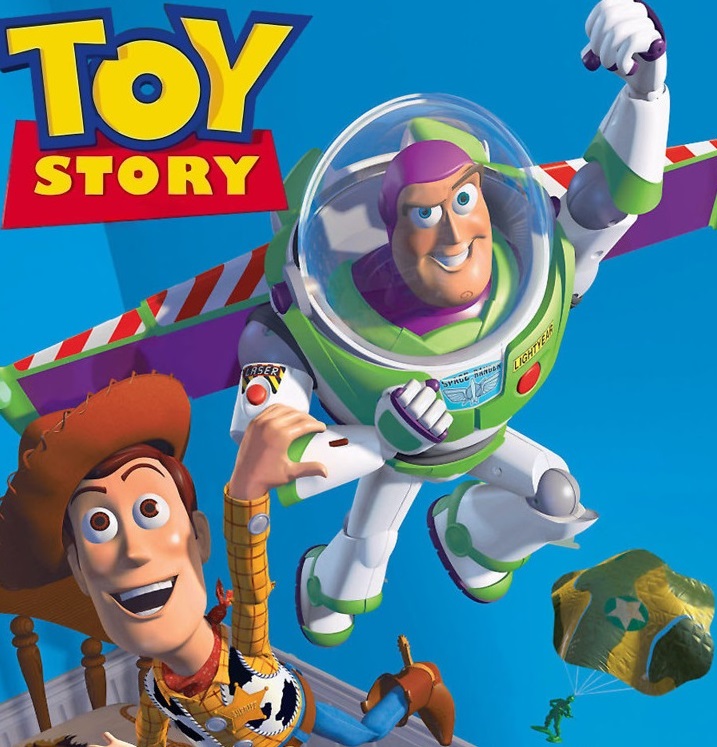 F: Many times. I think this may be the film on the list I’ve seen the most.

R: What really struck me watching this again is just how flawed Woody is. He is jealous, manipulative, a liar and yet of course charming and in the end totally lovable. That makes for a pretty sophisticated lead character in any film, let alone one for children.

F: This is where Disney excel. They’ve always understood that kids can deal with some pretty complex characters as well as the traditional heroes and villains.

R: You’re right, but I think one of the reasons Toy Story is on this list ahead of say, The Lion King or Aladdin, is that it’s really not until very late in the film that Woody does anything you could call even slightly heroic. He’s basically just an arrogant insecure jerk like real people (kids and adults!) are. Combine that with the voice of Tom Hanks and you’ve got pretty much the perfect everyman.

F: The voice cast are all spot on. Tim Allen must be loving all these sequels considering his career has gone a bit quiet since the heights of Galaxy Quest. The animation also deserves plaudits. We saw a trailer for Toy Story 3 on the DVD before the film and the CGI is as good on the first as the later movies.

R: As good? I don’t think you’d say that if you saw them side-by-side. The lighting is very basic in this, and there are times when the animation looks very simplistic by today’s standards (the bit where one of Sid’s toys rises out of his sandpit springs to mind). But it’s true the overall art style is coherent enough that you rarely have reason to notice these things, unlike CGI in live action movies from the same time.

F: Ok maybe ‘as good’ is a little strong. But this film is 20 years old and it doesn’t feel, watching this, that the CGI technology is 20 years better now.

R: Sure, and perhaps we shouldn’t get too hung up on the visuals as arguably they’re not the most important thing in a film like this. You’ve said you’ve watched this more times than any other film on the AFI list, how has that happened?

F: Well it came out when I was 8 years-old! Prime age for this I think. I had a copy on video that my brother and I would watch over and over. I think only kids do that with films.

F: Anyway, what’s impressive about Toy Story is that even though I know it word for word from watching it so many times, the jokes are still funny.

R: Yes there are some fantastic zingers, particularly from Woody and Mr Potato Head. The fact your 8 year-old self was so obsessed with it proves they’re jokes with cross-generational appeal too. I feel like the writers were probably quite heavily influenced by the success of The Simpsons, as the tone of the jokes is very similar.

F: I guess so although I do think The Simpsons is maybe for slightly older children and Toy Story doesn’t have all the pop culture references in it.

R: I think you’ll find the early episodes of The Simpsons were quite light on pop culture references, at least compared to some of the barrel-scraping episodes they’ve released in the last few years. But anyway, as someone who’s watched this dozens of times, is it your favourite in the Toy Story trilogy?

F: No I’d say Toy Story 3 is the best… although it’s pretty tough to think of a more perfect movie trilogy than the Toy Story films. They’re all excellent.

R: Definitely. Although it’s not even my favourite Pixar film, I can’t think of another movie for the under 10s I’d recommend ahead of this.

F: Probably. It would be in my favourite 100 but I do prefer Toy Story 3, The Lion King and Beauty & The Beast, none of which are on the list. I don’t think 10 year-old me would ever forgive me though if I didn’t agree it deserves to be here!